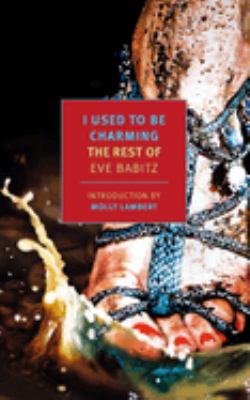 The Rest of Eve Babitz

Babitz, Eve, author.
Format: Book
Description: xiv, 433 pages ; 21 cm.
With Eve's Hollywood Eve Babitz lit up the scene in 1974. The books that followed, among them Slow Days, Fast Company and Sex and Rage, have seduced generations of readers with their unfailing wit and impossible glamour. What is less well known is that Babitz was a working journalist for the better part of three decades, writing for the likes of Rolling Stone, Vogue, and Esquire, as well as for off-the-beaten-path periodicals like Wet: The Magazine of Gourmet Bathing and Francis Ford Coppola's short-lived City. Whether profiling Hollywood darlings, getting to the bottom of health crazes like yoga and acupuncture, remembering friends and lovers from her days hobnobbing with rock stars at the Troubadour and art stars at the Ferus Gallery, or writing about her beloved, misunderstood hometown, Los Angeles, Babitz approaches every assignment with an energy and verve that is all her own. I Used to Be Charming gathers nearly fifty pieces written between 1975 and 1997, including the full text of Babitz's wry book-length investigation into the pioneering lifestyle brand Fiorucci. The title essay, published here for the first time, recounts the accident that came close to killing her in 1996; it reveals an uncharacteristically vulnerable yet never less than utterly charming Babitz.
Series: New York Review Books classics.
Other Authors:
Lambert, Molly, writer of introduction.
Kramer, Sara J., editor.

Contents: All this and The godfather too -- My God, Eve, how can you live here? -- Needles in the land of fruits and nuts -- My life in a 36DD bra, or, The all-American obsession -- No onions -- On not being a tomboy -- Losing weight made me a new person, a novelist -- Shopping -- Sunday, blue pool, Sunday -- Venice, California -- Honky-tonk nights : the good old days at L.A.'s Troubadour -- A Californian looks at New York -- Anna's Brando -- The girl from Gold's Gym -- The tyranny of fashion -- Tiffany's before breakfast -- Skin deep -- Out of the woods -- The path to radiant pain -- Sunset tango -- Sober virgins of the Eighties -- Attitude dancing -- Ronstadt for president -- Rapture of the shallows -- The sexual politics of fashion -- Gotta dance -- The soup can as big as the Ritz -- Blame it on the VCRs -- Jim Morrison is dead and living in Hollywood -- I was a naked pawn for art -- Life at Chateau Marmont : the sequel -- They might be giants -- Great legs -- Chairmen of the board -- Party at the beach -- Hippie heaven -- Billy Baldwin -- The American scene -- A city laid out like lace -- Hello Columbus -- Nicholas Cage -- Girls' town -- The Manson murders -- Jackie's kids -- Keeping time in Ojai -- Santa Fe : angels we have heard on high -- Love and kisses -- Scent of a woman -- I used to be charming -- Fiorucci : the book.
Subjects:
Babitz, Eve.
Los Angeles (Calif.) -- Social life and customs -- 20th century.
Los Angeles (Calif.) -- History -- 20th century.