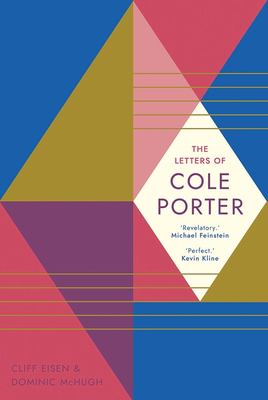 Porter, Cole, 1891-1964, author.
Format: Book
Description: xiii, 662 pages, 16 unnumbered pages of plates : illustrations (some color) ; 24 cm
The first comprehensive collection of the letters of one of the most successful American songwriters of the twentieth century. From Anything goes to Kiss me, Kate, Cole Porter left a lasting legacy of iconic songs including "You're the top," "Love for sale," and "Night and day." Yet, alongside his professional success, Porter led an eclectic personal life which featured exuberant parties, scandalous affairs, and chronic health problems. This extensive collection of letters (most of which are published here for the first time) dates from the first decade of the twentieth century to the early 1960s and features correspondence with stars such as Irving Berlin, Ethel Merman, and Orson Welles, as well as his friends and lovers. Cliff Eisen and Dominic McHugh complement these letters with lively commentaries that draw together the loose threads of Porter's life and highlight the distinctions between Porter's public and private existence. This book reveals surprising insights into his attitudes toward Hollywood and Broadway, and toward money, love, and dazzling success.
Other Authors:
Eisen, Cliff, 1952- editor.
McHugh, Dominic, editor.

Hold
Book
1 of 1 available
Save to List
Includes bibliographical references (page 653) and index.