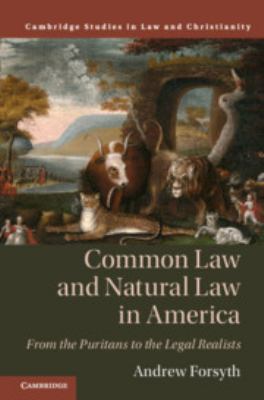 From the Puritans to the Legal Realists

In-library use
Book
1 of 1 available
Save to List
Based on author's thesis (doctoral -Yale University, 2017).
Includes bibliographical references and index.