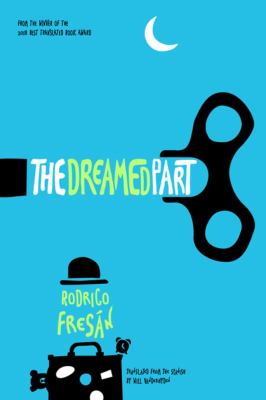 Fresán, Rodrigo, 1963- author.
Format: Book
Edition: First edition.
Description: 545 pages ; 23 cm
"Following his failure to break into the Hadron Collider and merge with the so-called 'God particle', The Writer from The Invented Part can no longer write or sleep. Instead, he lies awake, imagining and reimagining key moments of his life, spinning out a series of insomniac visions every bit as thought-provoking as they are dreamlike. A mysterious foundation dedicated to preserving dreams, suddenly invaluable in the wake of the dream-eradicating White Plague; a psycho-lyrical-photophobic terrorist; an electric and mercurial lullaby; three lunatic sisters (and an eclipsed brother) who write from the darkest side of the most wuthering lunar heights; a hallucinating prisoner and a hallucinatory family; a genius addicted to butterflies and an FBI agent addicted to that genius; a looney and lysergic uncle and parents who model but are not model parents; a revolutionary staging of Shakespeare for the children of chic guerrillas; a city of sleepless bookshops; and a writer who might be 100 years old. Or not." -- Provided by publisher.
Other Authors:
Vanderhyden, Will, translator.
Subjects:
Authors -- Fiction.
Insomnia -- Fiction.
Reminiscing -- Fiction.
Dreams -- Fiction.

Hold
Book
1 of 1 available
Save to List
First published in Argentina as La parte soñada. Copyright © 2017. 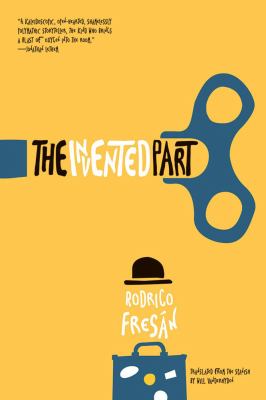