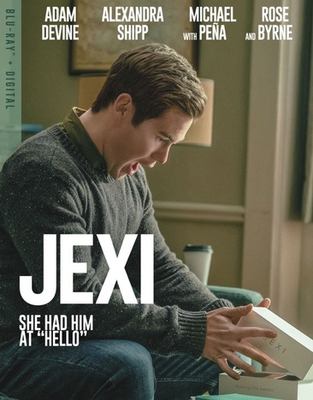 Format: Blu-ray Disc
Edition: Widescreen ed.
Description: 1 videodisc (ca. 84 min.) : sd., col. ; 4 3/4 in.
Phil has a major dependency issue: he's addicted to his phone. He has no friends, he has a job writing pop culture 'top ten' lists, and his love life is nonexistent. But his Facebook status is about to change. When he is forced to upgrade his phone, the latest model comes with an unexpected feature, an AI life coach. With her help, Phil begins to get a real life. But as he becomes less dependent on his phone, the AI morphs into a tech nightmare determined to keep Phil all to herself.
Other Authors:
Byrne, Rose
Hartley, Justin
Devine, Adam
Shipp, Alexandra
Pena, Michael
Yi, Charlyne
Sykes, Wanda
Funches, Ron