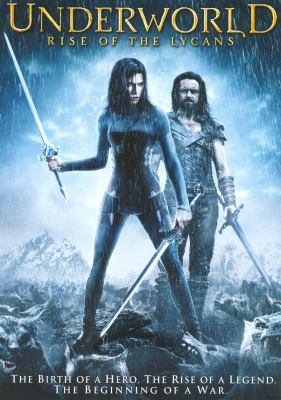 Format: DVD
Description: 1 videodisc (92 min.) : sd., col. ; 4 3/4 in.
The blood feud between the elite vampires and their slaves is traced in this prequel story. Lucian, a young Lycan, leads the werewolves to rise up against Viktor, the cruel vampire king who has enslaved them. Sonja, Lucian's secret lover, accompanies him in his quest against the vampire army and his battle for Lycan freedom. Includes featurette, commentary, and music video.
Subjects:

Underworld rise of the lycans.