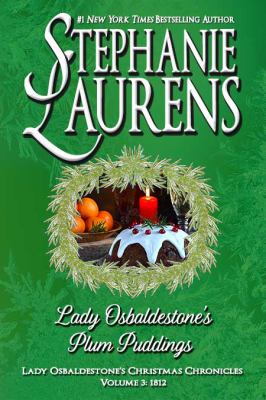 Laurens, Stephanie, author.
Format: Book
Description: 190 pages : map ; 22 cm.
"Therese, Lady Osbaldestone, and her household again welcome her younger daughter's children, Jamie, George, and Lottie, plus their cousins Melissa and Mandy, all of whom have insisted on spending the three weeks prior to Christmas at Therese's house, Hartington Manor, in the village of Little Moseley. The children are looking forward to the village's traditional events, and this year, Therese has arranged a new distraction--the plum puddings she and her staff are making for the entire village. But while cleaning the coins donated as the puddings' good-luck tokens, the children discover that three aren't coins of the realm. When consulted, Reverend Colebatch summons a friend, an archeological scholar from Oxford, who confirms the coins are Roman, raising the possibility of a Roman treasure buried somewhere near. Unfortunately, Professor Webster is facing a deadline and cannot assist in the search, but along with his niece Honor, he will stay in the village, writing, remaining available for consultation should the children and their helpers uncover more treasure. It soon becomes clear that discovering the source of the coins--or even which villager donated them--isn't a straightforward matter. Then the children come across a personable gentleman who knows a great deal about Roman antiquities. He introduces himself as Callum Harris, and they agree to allow him to help, and he gets their search back on track. But while the manor five, assisted by the gentlemen from Fulsom Hall, scour the village for who had the coins and search the countryside for signs of excavation and Harris combs through the village's country-house libraries, amassing evidence of a Roman compound somewhere near, the site from which the coins actually came remains a frustrating mystery. Then Therese recognizes Harris, who is more than he's pretending to be. She also notes the romance burgeoning between Harris and Honor Webster, and given the girl doesn't know Harris's full name, let alone his fraught relationship with her uncle, Therese steps in. But while she can engineer a successful resolution to one romance-of-the-season, as well as a reconciliation long overdue, another romance that strikes much closer to home is beyond her ability to manipulate. Meanwhile, the search for the source of the coins goes on, but time is running out. Will Therese's grandchildren and their Fulsom Hall helpers locate the Roman merchant's villa Harris is sure lies near before they all must leave the village for Christmas with their families?"--Provided by publisher.
Series: Laurens, Stephanie. Lady Osbaldestone's Christmas chronicles ; bk.3.
Subjects:
1800-1899
Man-woman relationships -- Fiction.
Plum puddings -- Fiction.
Coins, Roman -- Fiction.
Treasure troves -- Fiction.
Country life -- England -- Fiction.
Treasure troves.
Plum puddings.
Country life.
Coins, Roman.
Man-woman relationships.
Manners and customs.
England -- Social life and customs -- 19th century -- Fiction.
Great Britain -- History -- Regency, 1811-1820 -- Fiction.
Great Britain.
England. 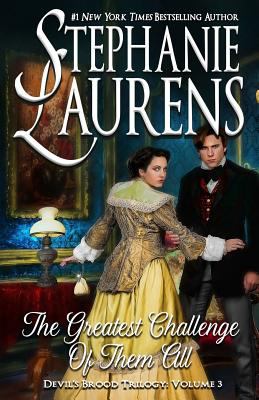 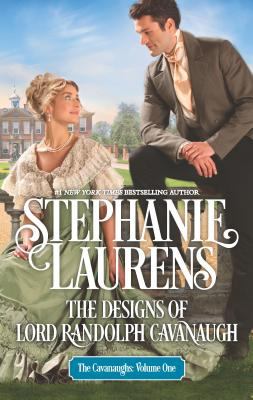 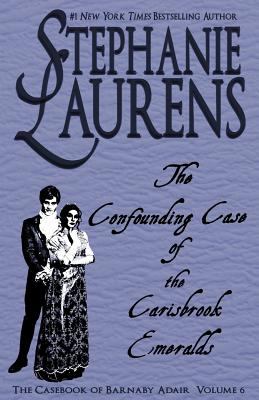 The confounding case of the Carisbrook emeralds
Laurens, Stephanie, author.