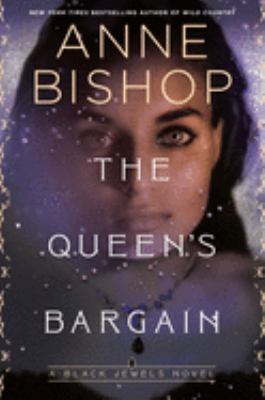 Bishop, Anne, author.
Format: Book
Edition: First edition.
Description: 414 pages ; 24 cm.
"Return to the dark, sensual, and powerful world of the Black Jewels in this long-awaited new story in the New York Times bestselling fantasy saga After a youthful mistake, Lord Dillon's reputation is in tatters, leaving him vulnerable to aristo girls looking for a bit of fun. To restore his reputation and honor, he needs a handfast--a one-year contract of marriage. He sets his sights on Jillian, a young Eyrien witch from Ebon Rih, who he believes has only a flimsy connection to the noble society that spurned him. Unfortunately for Dillon, he is unaware of Jillian's true connections until he finds himself facing Lucivar Yaslana, the volatile Warlord Prince of Ebon Rih. Meanwhile, Surreal SaDiablo's marriage is crumbling. Daemon Sadi, the Warlord Prince of Dhemlan, recognizes there is something wrong between him and Surreal, but he doesn't realize that his attempt to suppress his own nature in order to spare his wife is causing his mind to splinter. To save Daemon, and the Realm of Kaeleer if he breaks, help must be sought from someone who no longer exists in any of the Realms--the only Queen powerful enough to control Daemon Sadi. The Queen known as Witch. As Jillian rides the winds of first love with Dillon, Daemon and Surreal struggle to survive the wounds of a marriage turned stormy--and Lucivar has to find a way to keep everyone in his family safe...even from each other"-- Provided by publisher.
Series: Bishop, Anne. Black jewels novel.
Subjects:
Witches -- Fiction.
Imaginary places -- Fiction.
Arranged marriage -- Fiction.
Man-woman relationships -- Fiction. 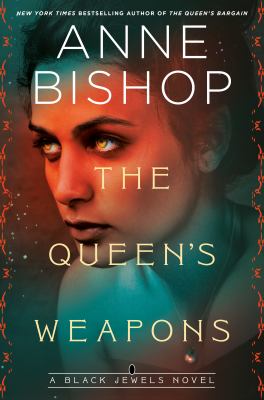 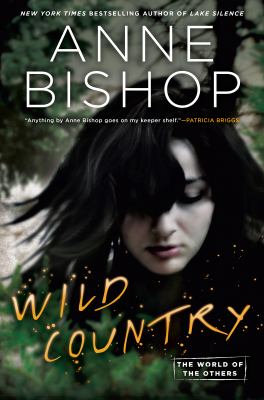