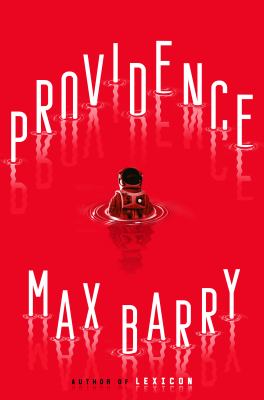 Barry, Max, 1973- author.
Format: Book
Description: 306 pages ; 24 cm
"Gilly, Talia, Anders, and Jackson are astronauts captaining a new and supposedly indestructible ship in humanity's war against an alien race. Confined to the ship for years, each of them holding their own secrets, they are about to learn there are threats beyond the reach of human ingenuity--and that the true nature of reality might be the universe's greatest mystery. In this near future, our world is at war with another, and humanity is haunted by its one catastrophic loss--a nightmarish engagement that left a handful of survivors drifting home through space, wracked with PTSD. Public support for the war plummeted, and the military-industrial complex set its sights on a new goal: zero-casualty warfare, made possible by gleaming new ships called Providences, powered by AI. But when the latest-launched Providence suffers a surprising attack and contact with home is severed, Gilly, Talia, Anders, and Jackson must confront the truth of the war they're fighting, the ship that brought them there, and the cosmos beyond"-- Provided by publisher.
Subjects:
Astronauts -- Fiction.
Human-alien encounters -- Fiction.
Imaginary wars and battles -- Fiction.
Interstellar travel -- Fiction.
Artificial intelligence -- Fiction.
Space ships -- Fiction.