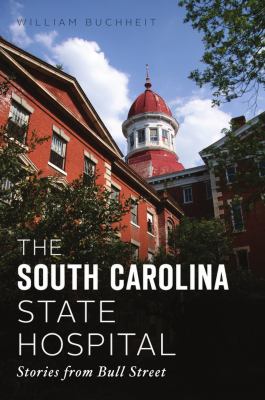 Nearly two decades after it closed, the South Carolina State Hospital continues to hold a palpable mystique in Columbia and throughout the state.


Founded in 1821 as the South Carolina Lunatic Asylum, it housed, fed and treated thousands of patients incapable of surviving on their own. The patient population in 1961 eclipsed 6,600, well above its listed capacity of 4,823, despite an operating budget that ranked forty-fifth out of the forty-eight states. By the mid-1990s, the patient population had fallen under 700, and the hospital had become a symbol of captivity, horror and chaos. Author William Buchheit details this history through the words and interviews of those who worked on the iconic campus.

Contents: Introduction -- The hospital historian -- A marriage made on Bull Street -- Her summer of discontent -- A pastor to the patients -- Horror, humor and healing -- The Hall children -- Destiny on a high school field trip -- The public safety officers -- Two stints at Bull Street -- McMaster brought progress and change to the hospital -- Four decades in the trenches -- A social worker remembers the late 1970s -- The rare volunteer -- A patient's battle back from the brink -- Drive toward deinstitutionalization -- The whistleblower -- The activity therapist -- A rookie nurse in Byrnes -- Her favorite job -- A teen on Bull Street -- Notes -- Index -- About the author.
Subjects:
South Carolina State Hospital.
Psychiatric hospitals -- South Carolina.