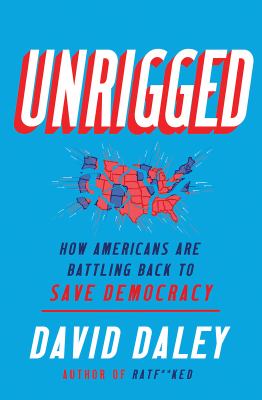 How Americans Are Battling Back to Save Democracy

Daley, David (Editor-in-chief), author.
Format: Book
Edition: First edition.
Description: xxviii, 286 pages ; 25 cm
"A revelatory account by the best- selling author of Ratf**ked that will give you hope that America's fragile democracy can still be saved. Following Ratf**ked, his "extraordinary timely and undeniably important" (New York Times Book Review) expos©♭ of how a small cadre of Republican operatives rigged American elections, David Daley emerged as one of the nation's leading authorities on gerrymandering. In Unrigged, he charts a vibrant political movement that is rising in the wake of his and other reporters' revelations. With his trademark journalistic rigor and narrative flair, Daley reports on Pennsylvania's dramatic defeat of a gerrymander using the research of ingenious mathematicians and the Michigan millennial who launched a statewide redistricting revolution with a Facebook post. He tells the stories of activist groups that paved the way for 2018's historic blue wave and won crucial battles for voting rights in Florida, Maine, Utah, and nationwide. In an age of polarization, Unrigged offers a vivid portrait of a nation transformed by a new civic awakening, and provides a blueprint for what must be done to keep American democracy afloat"-- Provided by publisher.
Contents: Second chances and rights restored : "I will be a lifelong voter" -- Aboard Idaho's Medicaid express : "I had to get off the couch and actually do something" -- The defeat of the voter fraud myth : "The fix was in" -- Utah, Nevada, North Dakota : "There will be a lot more native voices to hear from" -- Michigan's redistricting revolution : "We were tired of sitting on the sidelines" -- Redistricting goes national : "There's got to be a better way to do democracy" -- Donald Duck and Goofy no more : "The map was smoking. The map made it easy" -- Mathematicians enlist for duty -- People power : "It's like diving into the matrix" -- Activist groups : ace-ing the "fuck, yeah" test -- Maine's ranked choice : "The people can't be stopped" -- Youth saves the day : "If they don't want you voting, that means we have to."
Subjects:
United States. Congress -- Elections, 2018.
Voting -- United States -- History -- 21st century.
Political participation -- United States -- History -- 21st century.
Elections -- United States -- History -- 21st century.
Gerrymandering -- United States -- History -- 21st century.
Apportionment (Election law) -- United States -- History -- 21st century.
Democracy -- United States.
United States -- Politics and government -- 2017-2021. 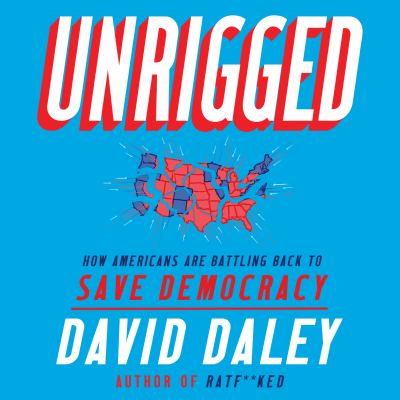 Unrigged : how Americans are battling back to save democracy
Daley, David (Editor-in-chief), author.