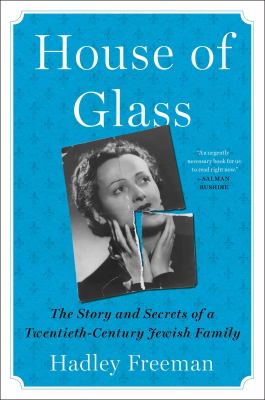 The Story and Secrets of a Twentieth-century Jewish Family

Freeman, Hadley, author.
Format: Book
Edition: First Simon & Schuster hardcover edition.
Description: xxiv, 323 pages : illustrations ; 24 cm
"Hadley Freeman knew her grandmother Sara had lived in France, just as Hitler started to gain power in Europe, but rarely did anyone in her family talk about it. Until long after her grandmother's death, she found a shoebox tucked in a closet. In it was: a photograph of her grandmother with a mysterious stranger; a cryptic telegram from the Red Cross; and a drawing signed by Picasso. This discovery sent Freeman on a decade-long journey, as she tried to uncover the significance of these keepsakes. Her search took her from the Picasso archives in Paris to a secret room in a farmhouse in the Auvergne, from Long Island to Auschwitz. Here, Freeman pieces together the puzzle of her family's past. Sarah had three brothers: Jacques, Henri, and Alex. Their lives in France during the war--at times typical, at times remarkable--illustrates the broad range of experiences of Eastern European Jews."-- Provided by publisher.
Subjects:
Glass family.
Freeman, Hadley -- Travel.
Holocaust, Jewish (1939-1945) -- France -- Biography.
Jewish refugees -- United States -- Biography.