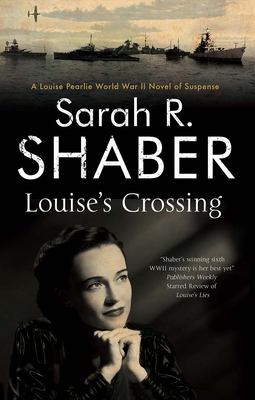 Shaber, Sarah R, author.
Format: Large Print
Edition: First large print edition.
Description: viii, 246 pages ; 23 cm.
Government girl Louise Pearlie is thrilled to be posted to London, but her journey across the Atlantic proves to be anything but plain sailing.February, 1944. Washington D.C. With the war entering its most dangerous phase, Louise Pearlie is thrilled to be reassigned to the London office of the OSS. But in order to take up her new post, she must make a perilous crossing of the Atlantic Ocean in the SS Amelia Earhart.Accompanying her on the voyage to Liverpool are an eclectic group of passengers, including the aloof Blanche Bryant, whose husband, Eddie, died in mysterious circumstances on the ship's voyage out to New York three months before. Most of the same crew and passengers are on the return voyage, and one question remains: was it really suicide? When the body of one of the passengers is found on deck, it's clear that German bombs and raging storms aren't the only threats to Louise's safety. Can she expose a brutal killer before the ship docks in England?
Series: Shaber, Sarah R. Louise Pearlie series.
Subjects:
Pearlie, Louise (Fictitious character) -- Fiction.
United States. Office of Strategic Services -- Officials and employees -- Fiction.
World War, 1939-1945 -- Fiction.
Murder -- Investigation -- Fiction.
Ocean travel -- Fiction.
Large type books. 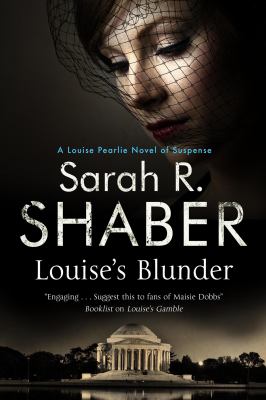