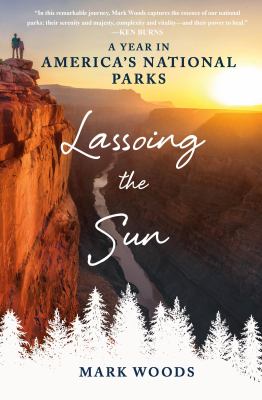 A Year in America's National Parks

Woods, Mark (Journalist), author.
Format: Book
Edition: First edition.
Description: 312 pages, 32 unnumbered unnumbered pages : color illustrations ; 25 cm
"'In this remarkable journey, Mark Woods captures the essence of our National Parks: their serenity and majesty, complexity and vitality--and their power to heal'--Ken Burns; For many childhood summers, Mark Woods piled into a station wagon with his parents and two sisters and headed to America's national parks. Mark's most vivid childhood memories are set against a backdrop of mountains, woods, and fireflies in places like the Redwood, Yosemite, and Grand Canyon national parks. On the eve of turning fifty and feeling a little burned-out, Mark decided to reconnect with the great outdoors. He'd spend a year visiting the national parks. He planned to take his mother to a park she'd not yet visited and re-create his childhood trips with his wife and their iPad-generation daughter. But then the unthinkable happened: his mother was diagnosed with cancer and given just months to live. Mark had initially intended to write a book about the future of the national parks, but it grew into something more: a book about family, the parks, and the legacies we inherit and the ones we leave behind"--Provided by publisher.
Subjects:
Woods, Mark -- Travel -- United States.
Woods, Mark -- Family.
National parks and reserves -- United States.
Mothers and sons -- United States -- Biography.
Mothers -- United States -- Death.
Families -- United States -- Psychological aspects.
United States -- Description and travel. 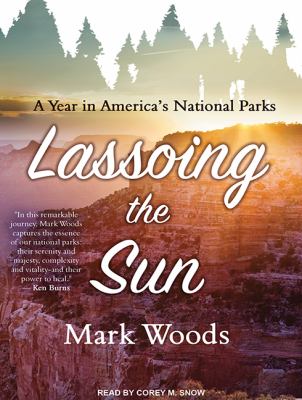