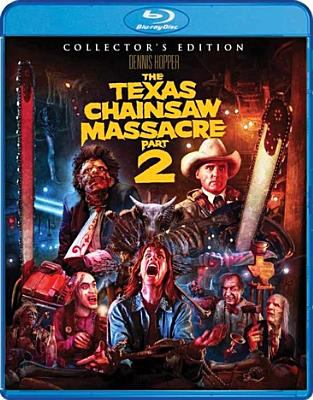 Format: Blu-ray Disc
Edition: Widescreen ed.
Description: 2 videodiscs (ca. 101 min.) : sd., col. ; 4 3/4 in.
For years, former Texas Ranger Lefty Enright has been obsessed with finding the psychotic murderers who killed his brother's children. And today he's in luck. A tough as nails late-night disc jockey has caught the ghouls on tape in the act of slicing and dicing a couple of fun-loving rich kids. When she volunteers to help, Lefty persuades her to play the tape on-air. But what she doesn't know is that she's the only witness to this diabolical family's butchery who hasn't been killed.
Other Authors:
Hopper, Dennis
Williams, Caroline
Siedow, Jim
Moseley, Bill
Friedman, Kinky