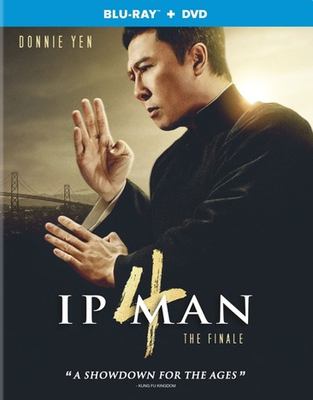 Format: Blu-ray + DVD
Edition: Widescreen ed.
Description: 2 videodiscs (approximately 105 min.) : sound, color ; 4 3/4 in.
Ip Man’s life remains unchanged after his wife’s death, but he and his son are slowly drifting apart. To seek a better future for his son, Ip Man decides to travel to the U.S. only to find a stable, peaceful life abroad is only skin deep. Underneath lies deep-rooted racial discrimination that is far worse than he has expected. Ip Man re-examines his position and ponders on the reason he took up martial arts in the beginning.
Other Authors:
Yen, Donnie.
Xu, Lewu.
Ness, Van.
Adkins, Scott.