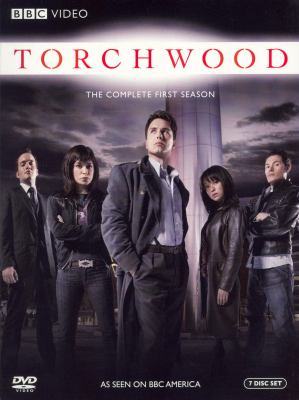 Format: DVD
Edition: Widescreen ed.
Description: 7 videodiscs (ca. 637 min.) : sd., col. ; 4 3/4 in.
In this spin-off from Doctor Who, the Torchwood team delves into the unknown and fights the impossible. Everyone who works for Torchwood is young. Some say that's because it's a new science. Others say it's because they die young.
Other Authors:
Barrowman, John
Subjects:
Television Series.