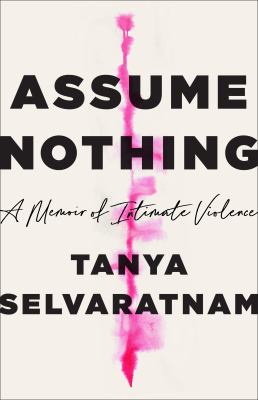 A Story of Intimate Violence

Selvaratnam, Tanya, author.
Format: Book
Edition: First edition.
Description: pages cm
"When Tanya Selvaratnam met Eric Schneiderman, they fell quickly and effortlessly in love-fueling each other's growing political ambition. But their power dynamic soon took a dark turn, as Schneiderman criticized Selvaratnam and began to try to control her, even telling her that he would have to kill her if they broke up. Sex turned frighteningly violent. At a friend's urging, she opened up to a domestic violence expert, who confirmed what Selvaratnam, on some level, already knew: she was in an abusive relationship. Schneiderman's behavior mapped a pattern: entrap, isolate, demean, control, abuse. Selvaratnam considered avenues for protection-an ethics complaint, a civil claim, going to the police. But her abuser was the top law enforcement officer in thestate. She feared he would be tipped off, and that he would crush her. Selvaratnam's story is harrowing, but not as rare as you might think. According to the National Coalition Against Domestic Violence, on average, nearly 20 people per minute are physically abused by an intimate partner in the United States. A combination of memoir, reporting, and research, Assume Nothing is an urgent, timely examination of a frightening subgroup of abuse of power. It tells Selvaratnam's incredible story, while offeringtools and solutions for a problem that persists, dangerously, behind the closed bedroom doors of people we know and love"-- Provided by publisher.
Subjects:
Selvaratnam, Tanya.
Schneiderman, Eric T., 1954-
Abused women -- United States -- Biography.
Intimate partner violence -- United States.
Abusive men -- United States.