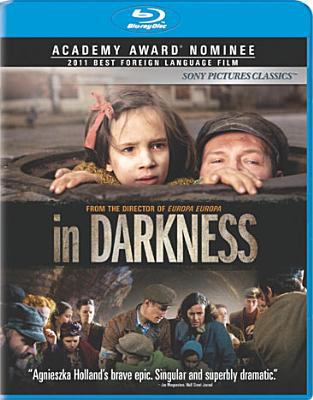 Format: Blu-ray Disc
Edition: Widescreen ed.
Description: 1 videodisc (ca. 143 min.) : sd., col. ; 4 3/4 in.
Leopold Socha is a sewer worker and petty thief in Lvov, a Nazi occupied city in Poland. One day he encounters a group of Jews trying to escape the liquidation of the ghetto. He hides them for money in the labyrinth of the town's sewers beneath the bustling activity of the city above. What starts out as a straightforward and cynical business arrangement turns into something very unexpected, the unlikely alliance between Socha and the Jews as the enterprise seeps deeper into Socha's conscience.
Other Authors:
Wieckiewicz, Robert
Furmann, Benno
Grochowska, Agnieszka
Schrader, Maria
Knaup, Herbert