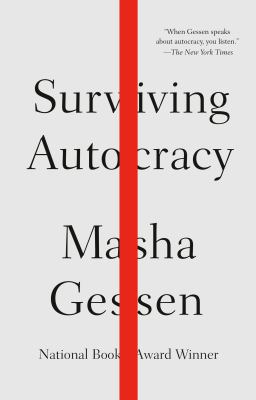 Gessen, Masha.
Format: Ebook
Related Information: https://api.overdrive.com/v1/collections/v1L1BRwAAAA2g/products/1f5ece38-11b6-40b5-9410-e4e8a286b0e9
Description: text file
"An indispensable voice of and for this moment." ?Timothy Snyder, author of On Tyranny "A handbook for an age in which egomania is morphing into autocracy at warp speed. " ? Kirkus , STARRED REVIEW " Brisk, trenchant. . . . an authority lacking in other takedowns of Trump. . . . a must-read." ? Publishers Weekly , STARRED REVIEW "A vital and pressing reminder of what is at stake." ? Booklist , STARRED REVIEW In the run-up to the 2016 election, Masha Gessen stood out from other journalists for the ability to convey the ominous significance of Donald Trump's speech and behavior, unprecedented in a national candidate. Within forty-eight hours of his victory, the essay "Autocracy: Rules for Survival" had gone viral, and Gessen's coverage of his norm-smashing presidency became essential reading for a citizenry struggling to wrap their heads around the unimaginable. Thanks to the special perspective that is the legacy of a Soviet childhood and two decades covering the resurgence of totalitarianism in Russia, Gessen has a sixth sense for signs of autocracy?and the unique cross-cultural fluency to delineate its emergence to Americans. This incisive book provides an indispensable overview of the calamitous trajectory of the past few years. Gessen not only highlights the corrosion of the media, the judiciary, and the cultural norms we hoped would save us but also tells us the story of how a short few years have changed us, from a people who saw ourselves as a nation of immigrants to a populace haggling over a border wall, heirs to a degraded sense of truth, meaning, and possibility. Surviving Autocracy is an inventory of ravages but also a beacon to recovery?or to enduring, and resisting, an ongoing assault.
Other Authors:
OverDrive, Inc.
Subjects:
Essays.
Politics.
Nonfiction. 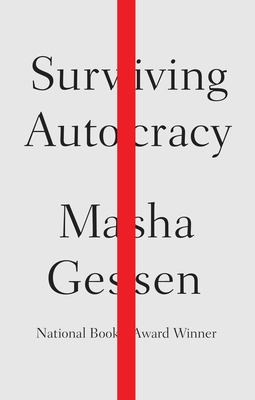 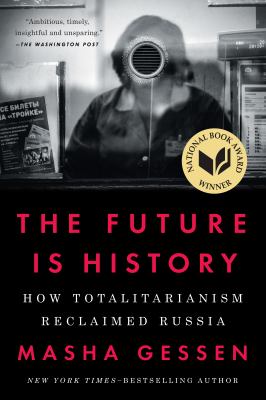 The Future Is History
Gessen, Masha.