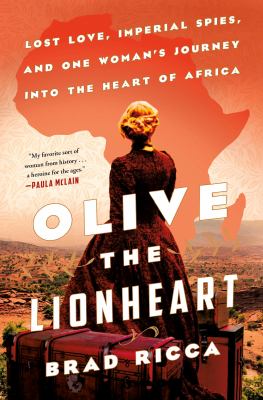 Lost Love, Imperial Spies, and One Woman's Journey to the Heart of Africa

Ricca, Brad, author.
Format: Book
Edition: First edition.
Description: xiv, 381 pages : illustrations ; 25 cm
" 'Brad Ricca's Olive MacLeod is my favorite sort of woman from history--bold and unconventional, utterly unsinkable--and her story is so full of adventure and acts of courage, it's hard to believe she actually lived. And yet she did! Brad Ricca has founda heroine for the ages, and written her tale with a winning combination of accuracy and imagination.' --author Paula McLain. From the Edgar-nominated author of the bestselling 'Mrs. Sherlock Holmes' comes the true story of a woman's quest to Africa in the 1900s to find her missing fiancae, and the adventure that ensues. In 1910, Olive MacLeod, a thirty-year-old, redheaded Scottish aristocrat, received word that her fiancae, the famous naturalist Boyd Alexander, was missing in Africa. So she went to findhim. Olive the Lionheart is the thrilling true story of her astonishing journey. In jungles, swamps, cities, and deserts, Olive and her two companions, the Talbots, come face-to-face with cobras and crocodiles, wise native chiefs, a murderous leopard cult, a haunted forest, and even two adorable lion cubs that she adopts as her own. Making her way in a pair of ill-fitting boots, Olive awakens to the many forces around her, from shadowy colonial powers to an invisible Islamic warlord who may hold the key to Boyd's disappearance. As these secrets begin to unravel, all of Olive's assumptions prove wrong and she is forced to confront the darkest, most shocking secret of all: why she really came to Africa in the first place. Drawing on Olive's own letters andsecret diaries, Olive the Lionheart is a love story that defies all boundaries, set against the backdrop of a beautiful, unconquerable Africa"-- Provided by publisher.
Subjects:
Temple, O. (Olive), 1880-1936 -- Travel -- Africa.
Temple, O. (Olive), 1880-1936 -- Correspondence.
Alexander, Boyd, 1873-1910 -- Correspondence.
Temple, O. (Olive), 1880-1936 -- Friends and associates.
Talbot, Percy Amaury, 1877-1945 -- Travel -- Africa.
Women explorers -- Africa -- Biography.
Africa -- Description and travel.
Africa -- Social life and customs -- 20th century.
London (England) -- Biography.

Hold
Book
1 of 1 available
Save to List
Includes bibliographical references (pages 343-361) and index. 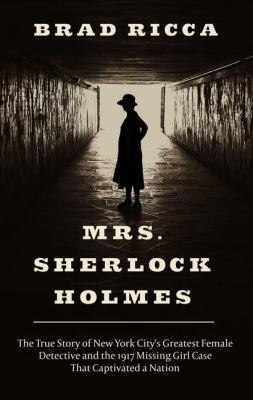