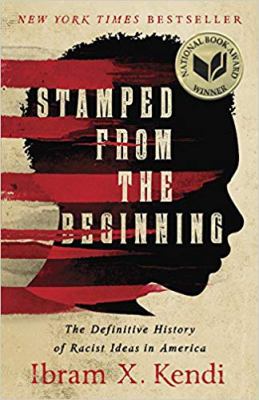 The Definitive History of Racist Ideas in America

Kendi, Ibram X, author.
Format: Eaudiobook
Edition: Unabridged.
Description: 1 online resource (1 audio file (19hr., 09 min.)) : digital.
WINNER OF THE 2016 NATIONAL BOOK AWARD FOR NONFICTION A NEW YORK TIMES BESTSELLER IN RACE AND CIVIL RIGHTS FINALIST FOR THE 2016 NATIONAL BOOK CRITICS CIRCLE AWARD FOR NONFICTION THE MOST AMBITIOUS BOOK OF 2016 -The Washington Post A BOSTON GLOBE BEST BOOK OF 2016 A WASHINGTON POST NOTABLE BOOK OF 2016 A CHICAGO REVIEW OF BOOKS BEST NONFICTION BOOK OF 2016 A ROOT BEST BOOK OF 2016 A BUZZFEED BEST NONFICTION BOOK OF 2016 A BUSTLE BEST BOOK OF 2016 NOMINATED FOR 2016 NAACP IMAGE AWARD FOR OUTSTANDING LITERARY WORK OF NONFICTION A KIRKUS BEST HISTORY BOOK OF 2016 A KIRKUS BEST BOOK OF 2016 TO EXPLAIN CURRENT POLITICS A KIRKUS BEST HEARTRENDING NONFICTION BOOK of 2016 AN ENTROPY BEST NONFICTION BOOK OF 2016 THE WASHINGTON POST 2016 SUMMER READING LIST Some Americans cling desperately to the myth that we are living in a post-racial society, that the election of the first Black president spelled the doom of racism. In fact, racist thought is alive and well in America--more sophisticated and more insidious than ever. And as award-winning historian Ibram X. Kendi argues in Stamped from the Beginning, if we have any hope of grappling with this stark reality, we must first understand how racist ideas were developed, disseminated, and enshrined in American society. In this deeply researched and fast-moving narrative, Kendi chronicles the entire story of anti-Black racist ideas and their staggering power over the course of American history. Stamped from the Beginning uses the life stories of five major American intellectuals to offer a window into the contentious debates between assimilationists and segregationists and between racists and antiracists. From Puritan minister Cotton Mather to Thomas Jefferson, from fiery abolitionist William Lloyd Garrison to brilliant scholar W.E.B. Du Bois to legendary anti-prison activist Angela Davis, Kendi shows how and why some of our leading proslavery and pro-civil rights thinkers have challenged or helped cement racist ideas in America. Contrary to popular conceptions, racist ideas did not arise from ignorance or hatred. Instead, they were devised and honed by some of the most brilliant minds of each era. These intellectuals used their brilliance to justify and rationalize deeply entrenched discriminatory policies and the nation's racial disparities in everything from wealth to health. And while racist ideas are easily produced and easily consumed, they can also be discredited. In shedding much-needed light on the murky history of racist ideas, Stamped from the Beginning offers us the tools we need to expose them--and in the process, gives us reason to hope.
Other Authors:
Piper, Christopher Dontrell, narrator.
hoopla digital. 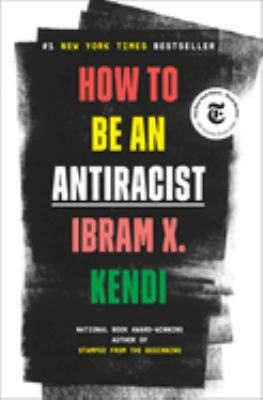 How to be an antiracist
Kendi, Ibram X., author.

How to be an antiracist [book club set]
Kendi, Ibram X., author. 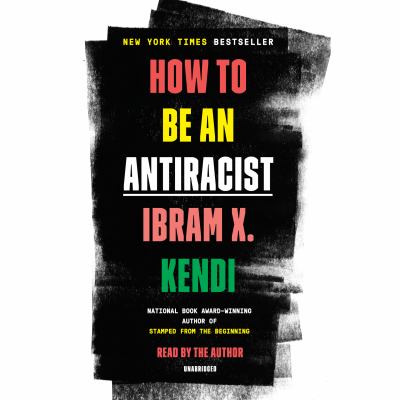 How to be an antiracist
Kendi, Ibram X., author, narrator.

How to be an antiracist
Kendi, Ibram X., author. 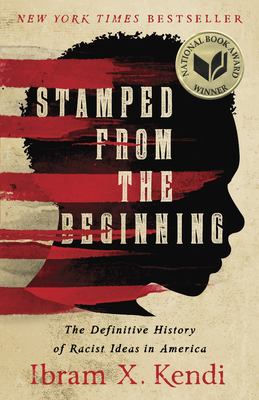