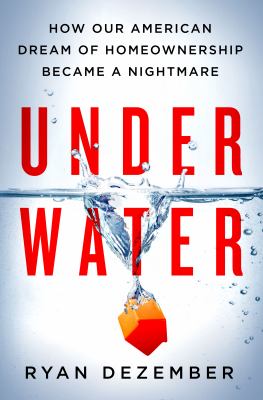 How Our American Dream of Homeownership Became a Nightmare

Dezember, Ryan, author.
Format: Book
Edition: First edition.
Description: 277 pages ; 25 cm
"Underwater is a fresh perspective on the financial crisis that shows how it is still reverberating more than a decade later, casting doubt on the notion that homeownership is crucial to the American dream and inspiring a massive bet by the country's richest real-estate investors that it's not. In a dispassionate, yet deeply personal story that zips between Wall Street and Main Street-or, to be more precise, Audubon Drive in Alabama-Ryan Dezember shows how decisions in New York and Washington played out on his street in a booming corner of the Sunbelt that was convulsed by the crash. Instead of watching the U.S. housing market collapse from trading floors in Manhattan as in previous accounts, readers will witness the mortgage meltdown from his perch as a newspaper reporter, first in the boom-to-bust South and later in New York, among the financiers who are gobbling up suburban homes and profiting in the aftermath. Through it all, Dezember is an underwater homeowner caught up in the mess"-- Provided by publisher.
Subjects:
Homeowners -- United States.
Homeowners -- Alabama.
Housing -- United States -- Finance.
Mortgage loans -- United States.
Housing -- Prices -- United States.
Real estate investment -- United States.