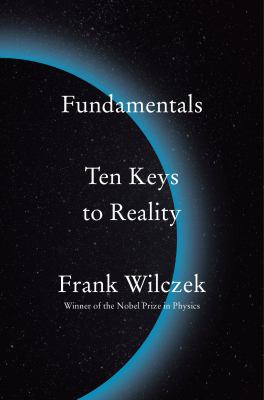 Wilczek, Frank, author.
Format: Book
Description: xviii, 254 pages : illustrations ; 22 cm
"One of our great contemporary scientists presents ten insights that illuminate what every thinking person needs to know about what the world is and how it works. Nobel Prize winner Frank Wilczek's Fundamentals is built around a simple but profound idea: the models of the world we construct as children are practical and adequate for everyday life, but they do not bring in the surprising and mind-expanding revelations of modern science. To do that, we must look at the world anew, combining clear thinking with an openness to wonder. This "born again" world is in many ways larger, fuller, and much stranger than it appears. Through an exploration of space, time, matter, and ideas--and equipped with facts, questions, and brilliant speculations--Wilczek guides us through the past, present, and future of fundamental science. Readers will emerge with an expanded vision of our universe. Author Bio: Frank Wilczek won the Nobel Prize in Physics in 2004 for work he did as a graduate student. He was among the earliest MacArthur fellows, and has won many awards both for his scientific work and his writing. He is the author of A Beautiful Question, The Lightness of Being, Fantastic Realities, Longing for the Harmonies, and hundreds of articles in leading scientific journals. His "Wilczek's Universe" column appears regularly in the Wall Street Journal. Wilczek is the Herman Feshbach Professor of Physics at the Massachusetts Institute of Technology, founding director of the T. D. Lee Institute and chief scientist at the Wilczek Quantum Center in Shanghai, China, and a distinguished professor at Arizona State University and Stockholm University"-- Provided by publisher.
Subjects:
Reality.