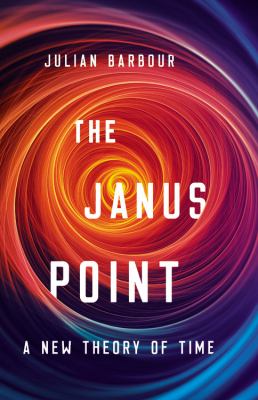 A New Theory of Time

Barbour, Julian B., author.
Format: Book
Edition: First edition.
Description: xiv, 383 pages : illustrations ; 25 cm
"Time seems commonplace, but it is perhaps the Universe's greatest mystery. At a basic level, the laws of physics say it should be able to flow either forward or backward. And yet we -- and it seems everything in the entire Universe -- experience it in only one direction. Most physicists think they have the answer. In The Janus Point, Julian Barbour argues that those physicists have it all wrong. The most common descriptions of time rely on the concept of entropy, a measure of disorder. According to a common interpretation of entropy, it inevitably increases in the Universe. And that increase is what we experience as the flow of time. Barbour attacks this reasoning on several fronts. First, he shows that their premises are all off: the concept of entropy, originally developed to describe the behavior of steam engines, is inappropriately applied to the Universe as a whole. Second, he demonstrates that it isn't disorder, but order, that increases as the Universe has developed from the highly energetic but uniform blob that existed after the Big Bang to the highly structured universe -- full of galaxies, stars, planets, and life -- that we live in today. Third he shows that, if we run that tape of increasing complexity in reverse, we reach a point he calls the Janus Point, a reimagined Big Bang from which time actually did flow forth in two directions, of which we only experience one. This may sound impossible, but the leading theory of physics today, string theory, predicts that we live in just one of 10^500 different universes. In that context, the argument that we live in one of two possible timelines seems much more reasonable indeed. And fourth, and perhaps most important of all, is the implication of The Janus Point for the destiny of our Universe. If the entropists are correct, our Universe is doomed to a future of useless disorder, where nothing -- no memory, no poetry, no beauty -- can exist. If Barbour is correct, the destiny of our Universe is in fact one of limitless potential, where all things we, or anyone, could care about can grow without bound. It is hard to think of a theoretical prediction that could be more hopeful than that. This is the promise of The Janus Point. The product of almost fifty years' work in physics, spanning from thermodynamics to cosmology, relativity to quantum mechanics, The Janus Point is destined to be a classic: read and re-read, argued with and championed. It is proof that the dogged pursuit of apparently commonplace questions can lead to some of the biggest revolutions of all"-- Provided by publisher.
Subjects:
Space and time.
Thermodynamics.
Entropy.
Second law of thermodynamics.
General relativity (Physics)

Hold
Book
1 of 1 available
Save to List
Includes bibliographical references (363-368) and index.