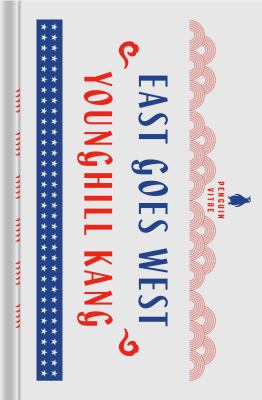 Having fled Japanese-occupied Korea for the gleaming promise of the United States with nothing but four dollars and a suitcase full of Shakespeare to his name, the young, idealistic Chungpa Han arrives in a New York teeming with expatriates, businessmen, students, scholars, and indigents. Struggling to support his studies, he travels throughout the United States and Canada, becoming by turns a traveling salesman, a domestic worker, and a farmer, and observing along the way the idealism, greed, and shifting values of the industrializing twentieth century. Part picaresque adventure, part shrewd social commentary, East Goes West casts a sharply satirical eye on the demands and perils of assimilation. It is a masterpiece not only of Asian American literature but also of American literature.

Penguin Vitae―loosely translated as "Penguin of one's life"―is a deluxe hardcover series from Penguin Classics celebrating a dynamic and diverse landscape of classic fiction and nonfiction from seventy-five years of classics publishing. Penguin Vitae provides readers with beautifully designed classics that have shaped the course of their lives, and welcomes new readers to discover these literary gifts of personal inspiration, intellectual engagement, and creative originality.
ISBN: 0143136283