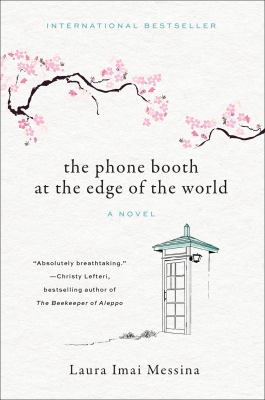 Imai Messina, Laura
Format: Book
Description: 416 p. ;
The international bestselling novel sold in 21 countries, about grief, mourning, and the joy of survival, inspired by a real phone booth in Japan with its disconnected "wind" phone, a place of pilgrimage and solace since the 2011 tsunami

When Yui loses both her mother and her daughter in the tsunami, she begins to mark the passage of time from that date onward: Everything is relative to March 11, 2011, the day the tsunami tore Japan apart, and when grief took hold of her life. Yui struggles to continue on, alone with her pain.
Then, one day she hears about a man who has an old disused telephone booth in his garden. There, those who have lost loved ones find the strength to speak to them and begin to come to terms with their grief. As news of the phone booth spreads, people travel to it from miles around.
Soon Yui makes her own pilgrimage to the phone booth, too. But once there she cannot bring herself to speak into the receiver. Instead she finds Takeshi, a bereaved husband whose own daughter has stopped talking in the wake of her mother's death.
Simultaneously heartbreaking and heartwarming, The Phone Booth at the Edge of the World is the signpost pointing to the healing that can come after.