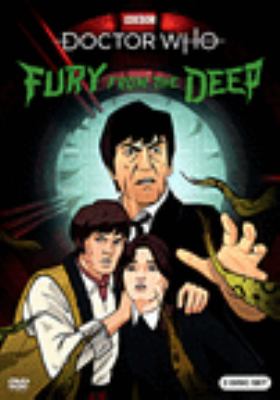 Format: DVD
Description: 3 videodiscs (ca. 150 min.) : sd., col. ; 4 3/4 in.
It is the missing sixth serial of the fifth season of Doctor Who, which was the first broadcast in six weekly parts from March to April 1968. The story concerns a colony of sentient, parasitic seaweed, last seen in the eighteenth century, returning to attack several gas installations in the North Sea in an attempt to take over humanity.
Other Authors:
Troughton, Patrick
Hines, Frazer
Watling, Deborah

Doctor Who Fury From the Deep