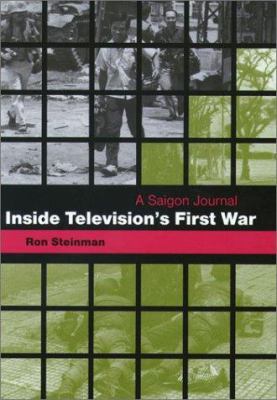 Steinman, Ron, 1934-
Format: Book
Description: 262 pages : illustrations ; 25 cm
Inside Television's First War recounts Ron Steinman's tenure as head of the NBC news bureau in Saigon from April 1966 until July 1968. This was a time during the Vietnam conflict that included the major American buildup and the Tet Offensive and saw much of America turn from support of the war to opposition. During this period, television journalists learned how to report war in a distinctly new way: through the eye of a camera on the front lines, in the countryside, and in cities, towns, and villages. The experience of a living-room war was new, and its effects are still being felt today. Yet in our own era of high-tech journalism and hasty judgment, Vietnam's lessons are all but forgotten. Steinman and his colleagues, mostly quite young, were covering an increasingly controversial war. They were going places and doing things that had never before been done on such a scale for an international audience. They used film that had to be shipped and then developed because satellites were rarely used before 1968. Correspondents and crews often drove to their assignments in rented cars, whether covering a battle, a riot, a political event, or a military briefing. When necessary, they resorted to military flights or erratic, unsafe commercial airlines. The author also provides glimpses into his personal life. He writes of his courtship of Josephine Tu Ngoc Suong, a young Vietnamese coworker who was seriously wounded and near death in 1967. After her recovery, she and Steinman were married and now have three children together. And he tells the story of his brother-in-law, a prisoner in a Communist reeducation camp after the war, to whom he tried to smuggle money and medicine during a visit in 1985. Inside Television's First War is a behind-the-scenes look at how the Vietnam conflict influenced young journalists, and how their coverage of the war influenced the American public. Steinman offers an intimate portrait of what became the biggest story of many people's lives. History buffs and general readers alike will benefit from this valuable contribution to understanding America's coverage of Vietnam.
Subjects:
Steinman, Ron, 1934-
Vietnam War, 1961-1975 -- Television and the conflict.
Vietnam War, 1961-1975 -- Journalists -- Biography.
War correspondents -- United States -- Biography. 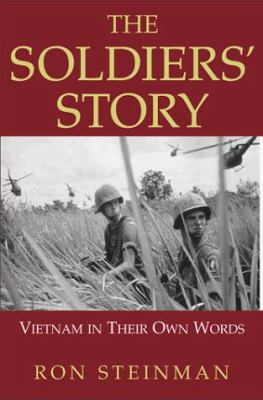 The soldiers' story : Vietnam in their own words
Steinman, Ron, 1934-