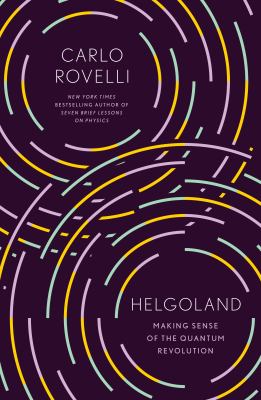 Making Sense of the Quantum Revolution

Rovelli, Carlo, 1956- author.
Format: Book
Edition: First North American edition.
Description: xviii, 233 pages : illustrations ; 20 cm
"One of the world's most renowned theoretical physicists, Carlo Rovelli has entranced millions of readers with his singular perspective on the cosmos. In Helgoland, Rovelli examines the enduring enigma of quantum theory. The quantum world Rovelli describes is as beautiful as it is unnerving. Helgoland is a treeless island in the North Sea where the 21-year-old Werner Heisenberg first developed quantum theory, setting off a century of scientific revolution. Full of alarming ideas (ghost waves, distant objects that seem to be magically connected, cats that appear both dead and alive), quantum physics has led to countless discoveries and technological advancements. Today our understanding of the world is based on this theory, yet it is still profoundly mysterious. As scientists and philosophers continue to fiercly debate the theory's meaning, Rovelli argues that its most unsettling contradictions can be explained by seeing the world as fundamentally made of relationships, not substances. We and everything around us exist only in our interactions with one another. This bold idea suggests new directions for understanding the structure of reality and even the nature of consciousness. Rovelli makes learning about quantum mechanics an almost psychedelic experience. Shifting our perspective once again, he takes us on a riveting journey through the universe so we can better understand our place in it"-- Provided by publisher.
Other Authors:
Segre, Erica, translator.
Carnell, Simon, 1962- translator.

Hold
Book
0 of 1 available
Save to List
"Originally published in Italian under the title Helgoland by Adelphi Edizioni, Milan in 2020"--Title page verso.
Includes bibliographical references (pages 207-221) and index. 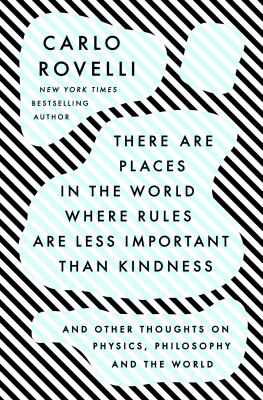 There are places in the world where rules are less important than kindness : and other thoughts on physics, philosophy and the world
Rovelli, Carlo, 1956- author. 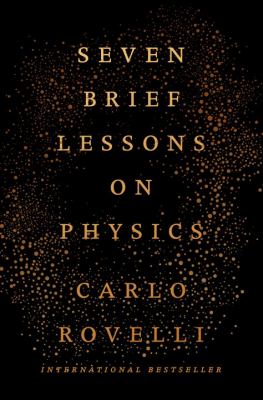 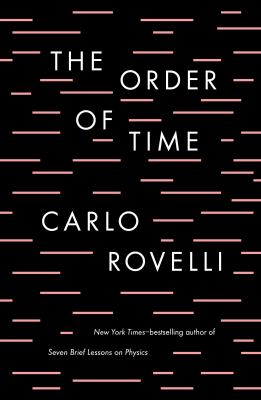 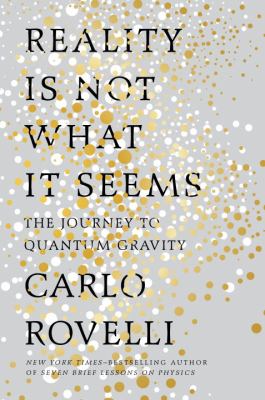 Reality is not what it seems : the journey to quantum gravity
Rovelli, Carlo, 1956- author.