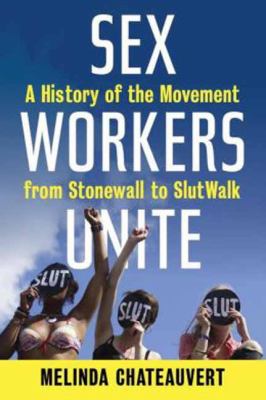 A History of the Movement from Stonewall to Slutwalk

Chateauvert, Melinda., VerfasserIn.
Format: Book
Description: 1 v. ; 23 cm
A provocative history that reveals how sex workers have been at the vanguard of social justice movements for the past fifty years while building a movement of their own that challenges our ideas about labor, sexuality, feminism, and freedom

Even before transgender sex worker Sylvia Rivera threw a brick and sparked the Stonewall Riot in 1969, these trailblazing activists and allies challenged criminal sex laws and "whorephobia," and were active in struggles for gay liberation, women's rights, reproductive justice, union organizing, and prison abolition.

Although the multibillion-dollar international sex industry thrives, the United States remains one of the few industrialized nations that continues to criminalize prostitution, and these discriminatory laws put workers at risk. In response, sex workers have organized to improve their working conditions and to challenge police and structural violence. Through individual confrontations and collective campaigns,they have pushed the boundaries of conventional organizing, called for decriminalization, and have reframed sex workers' rights as human rights.

Telling stories of sex workers, from the frontlines of the 1970s sex wars to the modern-day streets of SlutWalk, Chateauvert illuminates an underrepresented movement, introducing skilled activists who have organized a global campaign for self-determination and sexual freedom that is as multifaceted as the sex industry and as diverse as human sexuality.