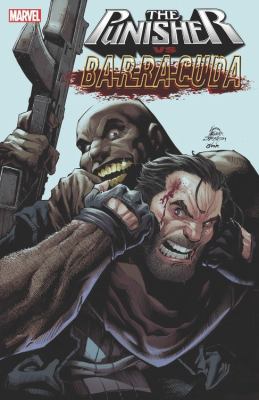 Brisson, Ed/ Shalvey, Declan (ILT)
Format: Book
The baddest of the bad as you've never seen him before! Barracuda, terror of the legendary Punisher Max run, makes his Marvel Universe debut right here! As Frank Castle, the lethal ne-man army known as the Punisher, closes the case on a mob hitman hiding out in the Deep South, a brutal jailbreak in Miami catches his eye. One of the escaped prisoners is the man known only as Barracuda the most sadistic and dangerous of killers in a gangland filled with extremely dangerous and sadistic killers. Just the kind of target Frank is always on the lookout for. But what will happen when Barracuda and the Punisher square off? Lock the doors and prep the morgues; war is coming to Florida! Collecting: The Punisher: Barracuda (2020) 1-5
ISBN: 1302912623