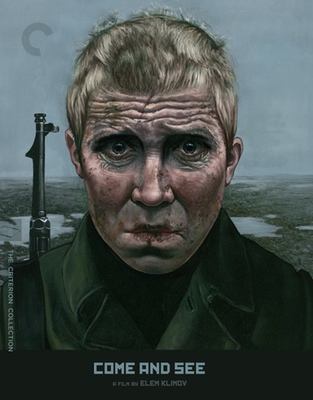 Format: Blu-ray Disc
Description: 1 videodisc (approximately 142 min.) : sound, color ; 4 3/4 in.
As Nazi forces encroach on his small village in Belorussia, teenage Flyora eagerly joins the Soviet resistance. Rather than the adventure and glory he envisioned, what he finds is a waking nightmare of unimaginable carnage and cruelty, rendered with feverish, otherworldly intensity by Klimov’s subjective camera work and expressionistic sound design. Nearly blocked from being made by Soviet censors, who took seven years to approve its script, is perhaps the most visceral, impossible-to-forget ant
Other Authors:
Kravchenko, A.
Mironova, O.
Bagdonas, Vladas, 1949-
Laucevičius, Liubomiras.