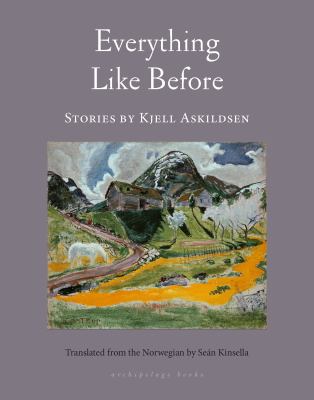 Askildsen, Kjell/ Kinsella, Sean (TRN)
Format: Book
Description: 318 p. ;
From one of the greatest Norwegian authors of the twentieth century, comes a collection of spare, biting stories of people caught between reality and expectation, hope and despair, love and longing.

A man and a woman in a quiet, remote house, an old man on a park bench, an estranged brother in a railway café -- Kjell Askildsen's characters are surrounded by absence. Filled with disquiet, and longing, they walk to a fjord, they smoke, they drink on a veranda, they listen to conversations that drift through open windows. Small flashes like the promise of a sunhat, a nail in a cherry tree, or a raised flag, reveal the interminable space between desire and reality in which Askildsen's characters are forever suspended. Widely recognized as one of the greatest modern short-story writers, with unadorned prose and a dark humor, Askildsen captures life as it really is, the worlds of his characters uncanny mirrors of our own.
ISBN: 1939810949