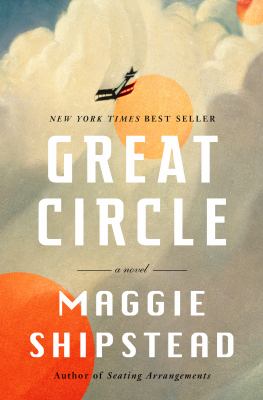 Shipstead, Maggie, author.
Format: Book
Edition: First edition.
Description: 593 pages : map ; 25 cm
"After being rescued as infants from a sinking ocean liner in 1914, Marian and Jamie Graves are raised by their dissolute uncle in Missoula, Montana. There --after encountering a pair of pilots passing through town in a beat up Cessna--Marian commences her lifelong love affair with flight. At fifteen, she drops out of school and finds an unexpected and dangerous patron in a wealthy rancher who provides a plane and subsidizes her lessons, an arrangement that will haunt her for the rest of her life, even as it allows her to fulfill her destiny: circumnavigating the globe and piloting her plane over the Arctic Circle. A century later, Hadley Baxter is cast to play Marian in a film that centers on Marian's disappearance over the South Pacific. Vibrant, canny, disgusted with the claustrophobia of Hollywood, Hadley is eager to re-define herself after a romantic film franchise has imprisoned her in the grip of cult celebrity. Her immersion into the character of Marian unfolds, thrillingly, alongside Marian's own story, as the two womens' fates--and their hunger for self-determination in vastly different geographies and times-- collide. Epic and emotional, meticulously researched and gloriously told, Great Circle is a monumental work of art, and a tremendous leap forward for the prodigiously gifted Maggie Shipstead"-- Provided by publisher.
Subjects:
Rescues -- Fiction.
Women pilots -- Fiction.
Disappearences -- Fiction.
Actresses -- Fiction. 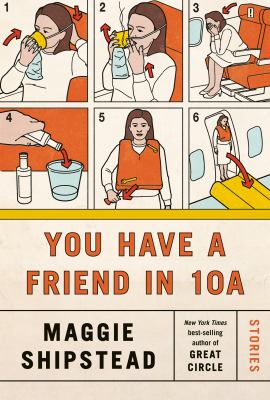 You have a friend in 10A
Shipstead, Maggie, author. 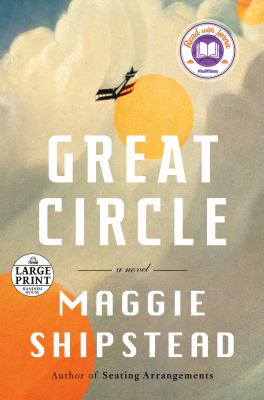