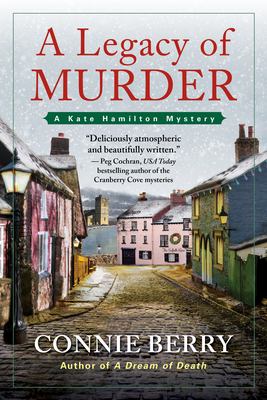 It's Christmastime and antiques dealer Kate Hamilton is off to visit her daughter, Christine, in the quaint English village of Long Barston. Christine and her boyfriend, Tristan, work at stately-but-crumbling Finchley Hall. Touring the Elizabethan house and grounds, Kate is intrigued by the docent's tales of the Finchley Hoard, and the strange deaths surrounding the renowned treasure trove. But next to a small lake, Kate spies the body of a young woman, killed by a garden spade.

Nearly blind Lady Barbara, who lives at Finchley with her loyal butler, Mugg, persuades Kate to take over the murdered woman's work. Kate finds that a Burmese ruby has vanished from the legendary Blood-Red Ring, replaced by a lesser garnet. Were the theft and the woman's death connected?

Kate learns that Lady Barbara's son fled to Venezuela years before, suspected of murdering another young woman. The murder weapon belonged to an old gardener, who becomes the leading suspect. But is Lady Barbara's son back to kill again? When another body is found, the clues point toward Christine. It's up to Kate to clear her daughter's name in Connie Berry's second Kate Hamilton mystery, a treasure for fans of traditional British mysteries.
Series: Berry, Connie (Novelist). Kate Hamilton mystery.
Subjects:
Murder -- Investigation -- Fiction.
Antique dealers -- Fiction.
Mothers and daughters -- Fiction.
Suffolk (England) -- Fiction. 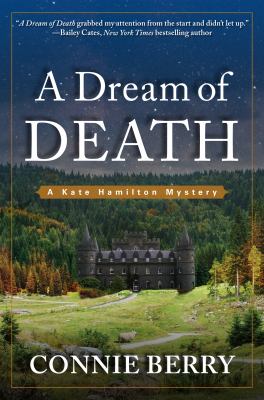