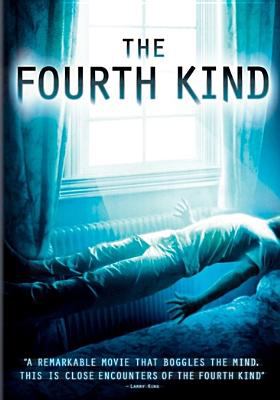 Format: DVD
Edition: Widescreen ed.
Description: 1 videodisc (ca. 98 min.) : sd., col. ; 4 3/4 in.
A provocative thriller set in Nome, Alaska, where since the 1960s, a disproportionate number of the population has been reported missing every year. Despite multiple FBI investigations of the region, the truth has never been discovered. Psychologist Dr. Abigail Tyler began videotaping sessions with traumatized patients and unwittingly discovered some of the most disturbing evidence of alien abduction ever documented.
Other Authors:
Jovovich, Milla
Patton, Will
Koteas, Elias
Seaton, Alisha