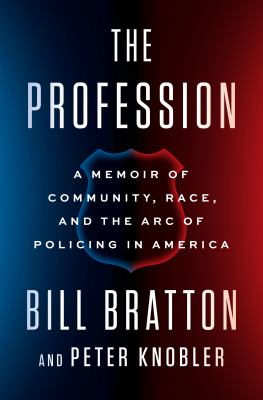 A Memoir of Community, Race, and the Arc of Policing in America

Bratton, William J., author.
Format: Book
Description: 495 pages : illustrations (chiefly color) ; 25 cm
"When Bill Bratton became a Boston street cop after returning from serving in Vietnam, he was dismayed by the corrupt old guard , and it is fair to say the old guard was dismayed by him too. But his success fighting crime could not be denied. Propelled by extraordinary results, Bratton had a dazzling rise, and ultimately a dazzling career, becoming the most famous police commissioner of modern times. The Profession is the story of that career in full. Everywhere he went, Bratton brought his revolutionary data-driven approach and extraordinary leadership skills to bear to slash crime rates and professionalize the vocation of the cop. But his career has not been without controversy, and central to the reckoning of The Profession is the fundamental crisis of relations between the Black community and law enforcement, a crisis he now believes has been inflamed by the unforeseen consequences of some well-intentioned policies. Crime exacts a terrible cost on us, but so can punishment. Building trust between a police force and the community it is sworn to protect is in many ways, Bratton argues, the first task--without genuine trust in law enforcement to do the right thing, little else is possible. The Profession is both a searching examination of the path of policing over the past fifty years, for good and also for ill, and a master class in transformative leadership. Bill Bratton was never brought into a police department to maintain the status quo; wherever he went, from the New York Transit Police in the 80's to Los Angeles after Rodney King to New York again in the era of unchecked stop and frisk, root and branch reinvention was the order of the day, and he met the challenge. There are few other positions on earth in which life-and-death stakes combine with intense public scrutiny and turbulent political cross-winds as they do for the police chief of a major American city. Now more than ever, when the role of the police in society is under a microscope like never before, and for good reasons, Bill Bratton's authority on the subject of improving law enforcement is profoundly useful. The Profession presents not only a fascinating and colorful life at the heights of law enforcement leadership, but the vision for the future of American policing that we sorely need"-- Provided by publisher.
Other Authors:
Knobler, Peter, author.
Contents: The Assassination of Rafael Ramos and Wenjian Liu -- 1970s: Boston Strong-Arm -- Whiz Kids -- Tracks in the Wilderness -- Transit -- NYPD 1994-1996: The Turnaround -- LA Law: Getting to the Heart of the Black Community -- NYPD II -- The Ecosystem of Eric Garner -- Race: Policing and America's Original Sin -- Implicit Bias -- Terrorism: Homegrown and Imported -- Defunding Defending: The Future of American Policing.
Subjects:
Bratton, William J.
Police -- United States -- Biography.
Police administration -- United States.
Police-community relations -- United States.
Crime prevention -- United States.
Police misconduct -- United States.
Racism -- United States.
Discrimination in law enforcement -- United States.

Hold
Book
2 of 4 available
Save to List
Includes index.