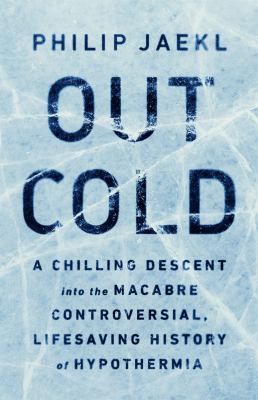 A Chilling Descent into the Macabre, Controversial, Lifesaving History of Hypothermia

Jaekl, Phil, author.
Format: Book
Edition: First edition.
Description: 255 pages : illustrations ; 25 cm
"The word "hypothermia" has Greek origins meaning "under heat." Its symptoms initially involve shivering, poorly coordinated, laborious movement, and disorientation. At extremes, heart rate decreases significantly while retrograde amnesia and confusion set in. After further decline, victims can begin to make irrational decisions and talk incoherently. For reasons poorly understood, they've even been known to take off their clothes and seek confined spaces before death reigns. Yet, hypothermia has another side--it can be therapeutic. In Out Cold, science writer Phil Jaekl tells the history of therapeutic hypothermia, from Ancient Egypt, where cold was used to treat schizophrenia, to Nazi science experiments, science-fiction-inspired preservation attempts, and a whole host of modern-day researchers harnessing cold in surprising ways to save lives. We understand hypothermia now better than ever before, and we have numerous new life-saving cooling techniques at our disposal, yet a macabre stigma still hangs over the field. This book will delve into a dark history from which science is now coming out on top"-- Provided by publisher.
Subjects:
Hypothermia.
Cold -- Therapeutic use.
Cold -- Physiological effect.

Hold
Book
1 of 1 available
Save to List
Includes bibliographical references (pages 227-241) and index.