Riley, Jason L.
Format: Eaudiobook
A biography of Thomas Sowell, one of America's most influential conservative thinkers. Thomas Sowell is one of the great social theorists of our age. In a career spanning more than a half century, he has written over thirty books, covering topics from economic history and social inequality to political theory, race, and culture. His bold and unsentimental assaults on liberal orthodoxy have endeared him to many readers but have also enraged fellow intellectuals, the civil-rights establishment, and much of the mainstream media. The result has been a lack of acknowledgment of his scholarship among critics who prioritize political correctness. In the first-ever biography of Sowell, Jason L. Riley gives this iconic thinker his due and responds to the detractors. Maverick showcases Sowell's most significant writings and traces the life events that shaped his ideas and resulted in a Black orphan from the Jim Crow South becoming one of our foremost public intellectuals.
Other Authors:
sanders, Brad
Overdrive Inc. 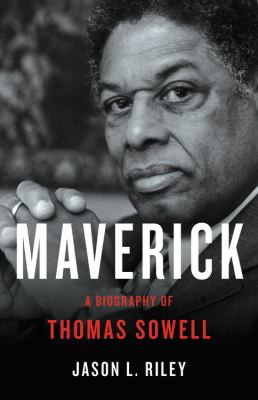