Jackson, Kosoko, author.
Format: Eaudiobook
Edition: Unabridged.
Description: 1 online resource (1 audio file (6hr., 51 min.)) : digital.
Weeks ago, Andre Cobb received a much-needed liver transplant. He's ready for his life to finally begin, until one night, when he passes out and wakes up somewhere totally unexpected-in 1969, where he connects with a magnetic boy named Michael. And then, just as suddenly as he arrived, he slips back to present-day Boston, where the family of his donor is waiting to explain that his new liver came with a side effect?the ability to time travel. And they've tasked their youngest son, Blake, with teaching Andre how to use his unexpected new gift. Andre splits his time bouncing between the past and future-between Michael and Blake. Michael is everything Andre wishes he could be, and Blake, still reeling from the death of his brother, Andre's donor, keeps him at arm's length despite their obvious attraction to each other. Torn between two boys, one in the past and one in the present, Andre has to figure out where he belongs?and more importantly who he wants to be?before the consequences of jumping in time catch up to him and change his future for good.
Other Authors:
Butler, Ron, Jr., narrator.
hoopla digital. 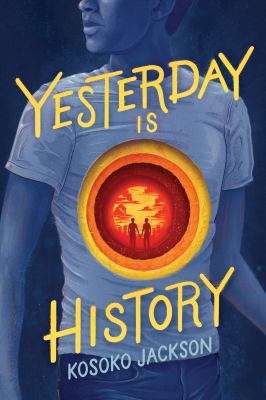