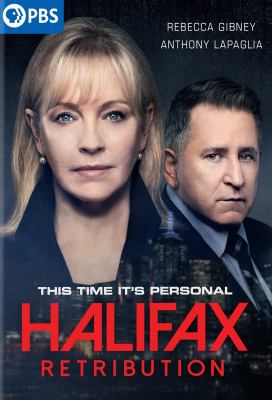 Format: DVD
Edition: Widescreen ed.
Description: 2 videodiscs (ca. 345 min.) : sd., col. ; 4 3/4 in.
A sniper who leaves no trace is terrorizing the city, and Jane Halifax is approached by Commander Tom Saracen to help find the killer. Currently a professor of forensic psychiatry, it's been almost 20 years since Jane worked with the police. As a celebrated academic in a long-term relationship with Ben Sailor, a gifted musician, her life now seems complete, along with his daughter, Zoe. Does Jane want to change all that now? Ben is opposed to the change, but Jane is tempted to return to the profiling life at which she excelled. But after a horrific murder, Jane must confront a terrible possibility: that after 20 years, the worst of the criminals she helped put in prison is finally being released. As Jane is forced to go back into the files and nightmares of her past, will the murder be linked to the sniper or secrets from her past? The show brings Jane Halifax back to the world she has never been able to leave: sleuthing her way to the truth behind the most diabolical criminal minds.
Other Authors:
Gibney, Rebecca
Lapaglia, Anthony
Karvan, Claudia
Hazel, Mavournee
Donald, Rick
Hii, Ming-Zhu
Monson, Hannah
Smith, Mark Coles
Waters, John
Mckenzie, Jacqueline