Patterson, James.
Format: Eaudiobook
Related Information: https://api.overdrive.com/v1/collections/v1L1BRwAAAA2g/products/73ddfe0f-9b67-4825-9c59-ece44524bd15
Description:
A former president's daughter is kidnapped in this masterful rocket-ride of a thriller?the new blockbuster by President Bill Clinton and James Patterson,"the dream team" (Lee Child). Every detail is accurate? because one of the authors is President Bill Clinton. The drama and action never stop? because the other author is James Patterson. Matthew Keating, a one-time Navy SEAL ? and a past president ? has always defended his family as staunchly as he has his country. Now those defenses are under attack. A madman abducts Keating's teenage daughter, Melanie?turning every parent's deepest fear into a matter of national security. As the world watches in real time, Keating embarks on a one-man special-ops mission that tests his strengths: as a leader, a warrior, and a father. The authors' first collaboration, The President Is Missing , a #1 New York Times bestseller and the #1 bestselling novel of 2018, was praised as "ambitious and wildly readable" ( New York Times Book Review ) and "a fabulously entertaining thriller" (Pulitzer Prize?winning author Ron Chernow).
Other Authors:
OverDrive, Inc.
Subjects:
Fiction.
Suspense.
Thriller. 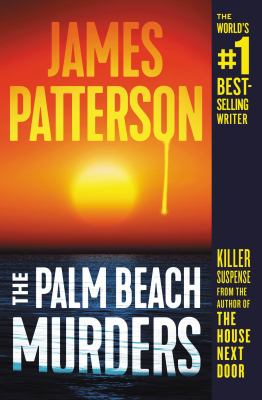