Skip to main content
Library Closings: Sunday, May 29 and Monday, May 30
Return to search 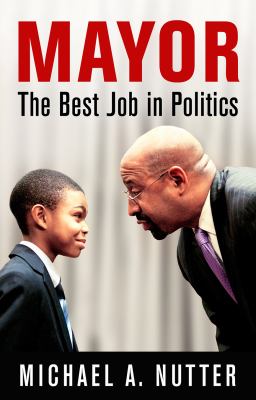 The Best Job in Politics

In 2007, after serving almost fifteen years on the Philadelphia City Council, Michael A. Nutter became the ninety-eighth mayor of his hometown of Philadelphia. From the time he was sworn in until he left office in 2016, there were triumphs and challenges, from the mundane to the unexpected, from snow removal, trash collection, and drinkable water, to the Phillies' World Series win, Hurricane Irene, Occupy Philadelphia, and the Papal visit. By the end of Nutter's tenure, homicides were at an almost fifty-year low, high-school graduation and college-degree attainment rates increased significantly, and Philadelphia's population had grown every year. Nutter also recruited businesses to open in Philadelphia, motivating them through tax reforms, improved services, and international trade missions.
Mayor begins with Nutter's early days in politics and ultimate run for mayor, when he formed a coalition from a base of support that set the stage for a successful term. Transitioning from campaigning to governing, Nutter shares his vast store of examples to depict the skills that enable a city politician to lead effectively and illustrates how problem-solving pragmatism is essential for success. With a proven track record of making things work, Nutter asserts that mayoring promises more satisfaction and more potential achievements--for not only the mayor but also the governed--than our fractious political system would have us believe.
Detailing the important tasks that mayoral administrations do, Nutter tells the compelling story of a dedicated staff working together to affect positively the lives of the people of Philadelphia every day. His anecdotes, advice, and insights will excite and interest anyone with a desire to understand municipal government.

Contents: -- Where'd You Go to High School? -- How Chemistry 101 and a Disco Changed My Life -- Why Run? -- Aren't You on City Council? What Are You Going to Do About That? -- Fifth in a Five-Way Race -- My Name Is Olivia Nutter and This Is My Dad -- Budgets and Roses -- The Last Call You Ever Want to Get -- Getting to the Brink of Plan C -- We're Not Running a Big Babysitting Service. We're Running a Big Government -- Why Not a Tax on Cheesesteaks Instead of Soda? -- There Was Never an Earthquake Here Before You Were Mayor -- A Cool and a Hot City: Attracting the New and Retaining the Old -- Tragedies, Frustrations, Accidents, and a Holy Visit.
Subjects:
Nutter, Michael A., 1957-
African American mayors -- Pennsylvania -- Philadelphia -- Biography.
Philadelphia (Pa.) -- Politics and government -- 21st century.