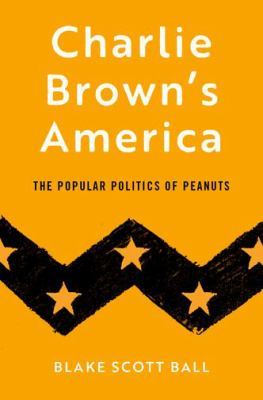 The Popular Politics of Peanuts

Ball, Blake Scott, author.
Format: Book
Description: pages cm
"Charles Schulz's Peanuts was an unexpectedly political comic strip. While many people have come to identify Charlie Brown, Linus, Lucy, Peppermint Patty, and Snoopy with childhood and innocence, Peanuts regularly commented on the politics and social turmoil of Cold War America. From nuclear testing to the Civil Rights Movement, from the Vietnam War to the feminist revolution, Peanuts was an unlikely medium for Americans of all stripes to debate the hopes and fears of the era. Charlie Brown's America is the story of how the creation of one midwestern man became one of the most influential pop culture properties of the twentieth century and what its popularity reveals about the character of the United States"-- Provided by publisher.
Subjects:
Schulz, Charles M. (Charles Monroe), 1922-2000 -- Criticism and interpretation.
Schulz, Charles M. (Charles Monroe), 1922-2000. Peanuts.
Peanuts (Comic strip)
Comic books, strips, etc. -- United States -- Political aspects.