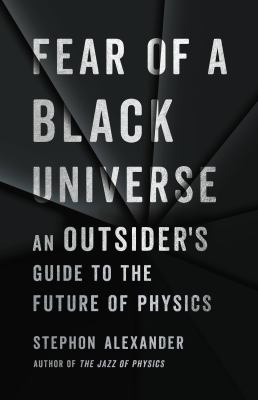 An Outsider's Guide to the Future of Physics

Alexander, Stephon, author.
Format: Book
Edition: First edition.
Description: viii, 245 pages : illustrations ; 25 cm
"Where does great physics come from? As a young graduate student, cosmologist Stephon Alexander had a life-changing lesson in the subject. When asked by the legendary theoretical physicist Christopher Isham why he had attended graduate school, Alexander answered: "To become a better physicist." He could hardly have anticipated Isham's response: "Then stop reading those physics books." Instead, Isham said, Alexander should start listening to his dreams. This is only the first of a great many surprising and even shocking lessons in Fear of a Black Universe. As Alexander explains, greatness in physics requires transgression, a willingness to reject conventional expectations. He shows why progress happens when some physicists come to think outside the mainstream, and both the outsiders and insiders respond to the resulting tensions. He also shows why, as in great jazz, great physics requires a willingness to make things up as one goes along, and a willingness to rely on intuition when the path forward isn't clear. Unfortunately, most physicists are too afraid of being wrong -- and jeopardizing their careers -- to embrace this sort of improvisation. Indeed, for a long time Alexander was, too. Of course, Alexander doesn't mean that physics should be lawless. After all, even jazz musicians must respect the key and tempo of the music their fellow musicians are playing. But it does mean that not all the answers can be found, as Isham argued, as equations in a book. Drawing on Einstein's notion of principle theories -- ideas that constrain the shape that other theories take -- Alexander shows that from general relativity to quantum theory, three principles underlie everything we know about the Universe: the principle of invariance, the quantum principle, and the principle of emergence. Using these three principles as a guide, Alexander takes a stab at some of the greatest mysteries of the Universe, including what happened before the Big Bang; the quantum theory of gravity; the nature of dark energy and dark matter; and the quantum physics of consciousness. Along the way, he explains where our understanding of the universe and those principles don't jibe, as in the nature of the Big Bang, and asks what such discrepancies mean. He shows us what discoveries lie on the horizon, and crucially, calls on us not just to embrace improvisation and knowledge outside of physics but to diversify our scientific communities by reaching out to people of color. As compelling as it is necessary, Fear of a Black Universe offers us remarkable insight into the art of physics and empowers us all to theorize"-- Provided by publisher.
Contents: Escape from the jungle of no imaginations -- The changeless change -- Superposition -- The zen of quantum fields -- Emergence -- If Basquiat were a physicist -- What banged? -- A dark conductor of quantum galaxies -- Cosmic virtual reality -- Embracing instabilities -- A cosmologist's view of a quantum elephant -- The cosmic biosphere -- Dark ideas on alien life -- Into the cosmic matrix -- The cosmic mind and quantum cosmology.
Subjects:
Cosmology.
Physics -- Research -- Methodology.
Research -- Philosophy.
Research -- Social aspects. 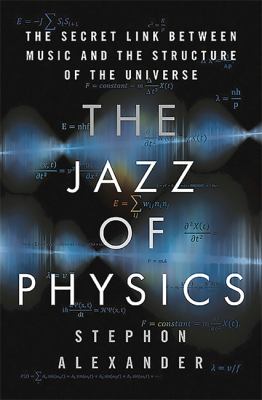 The jazz of physics : the secret link between music and the structure of the universe
Alexander, Stephon, author.