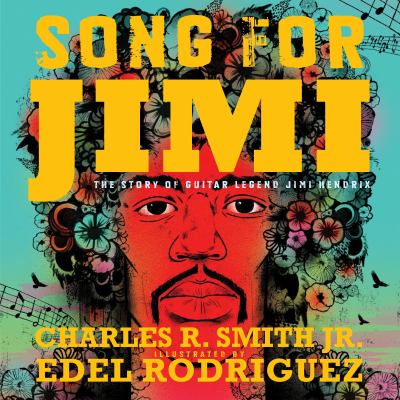 Let me tell you a story,
a story 'bout a boy,
who became a man,
a git-tar man,
named Jimi.

From his turbulent childhood through his epical appearance at the Monterey and Woodstock festivals, Charles R. Smith Jr. covers it all in this rich and rhythmic account of a singular life, accompanied by the psychedelic splendor of Edel Rodriguez's acid-tinged artwork.

Written as a series of verses beginning with intro and ending with outro, this unique mix of rhythm and rhyme captures the essence of rock icon Jimi Hendrix and his struggle to live life on his own terms.
ISBN: 0823443337