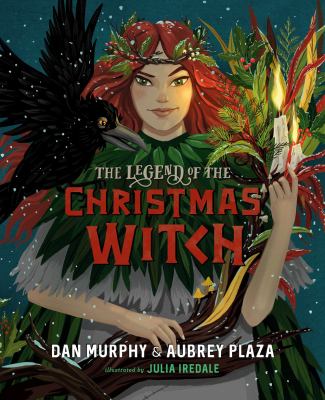 Gather 'round the fire to hear a Christmas legend that has never been told before...until now. Each year a mysterious figure sweeps into town, leaving behind strange gifts in the night. No, not Santa Claus, but his sister...

Her story begins many, many years ago when her brother was torn away from her as a child. Raised alone by a witch of the woods, Kristtorn's powers of magic grew, as did her temper. Determined to find her long lost twin, she set out on a perilous journey across oceans to find him. But what she found instead was a deep-seated fear of her powers and a confrontation that would leave the fate of Christmas hanging in the balance.

From award-winning producer and actress Aubrey Plaza and her creative partner Dan Murphy comes a holiday story unlike any told before. With all the richness of classic folklore, they've woven a tale of bravery, love and magic. Whatever you thought you knew about Christmas...think again.
ISBN: 0593350804