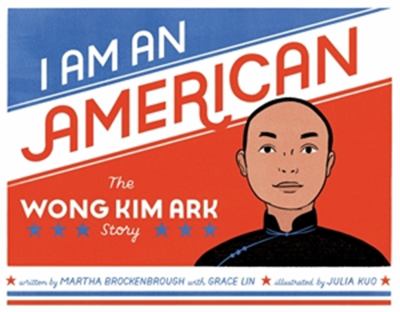 When American-born Wong Kim Ark returns home to San Francisco after a visit to China, he's stopped and told he cannot enter: he isn't American. What happens next would forever change the national conversation on who is and isn't American. After being imprisoned on a ship for months, Wong Kim Ark takes his case to the Supreme Court and argues any person born in America is an American citizen.

I am an American: The Wong Kim Ark Story is an important picture book that introduces young readers to the young man who challenged the Supreme Court for his right to be an American citizen and won, confirming birthright citizenship for all Americans.