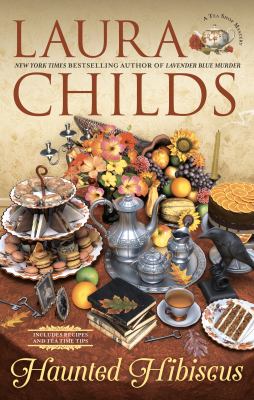 Childs, Laura, author.
Format: Large Print
Edition: Large print edition.
Description: 453 pages ; 23 cm.
"It is the week before Halloween and Theodosia Browning, proprietor of the Indigo Tea Shop, and her tea sommelier, Drayton, are ghosting through the dusk of a cool Charleston evening on their way to the old Bouchard Mansion. Known as the Gray Ghost, thisdilapidated place was recently bequeathed to the Heritage Society, and tonight heralds the grand opening of their literary and historical themed haunted house. Though Timothy Neville, the patriarch of the Heritage Society, is not thrilled with the fund-raising idea, it is the perfect venue for his grandniece, Willow French, to sign copies of her new book, Carolina Crimes & Creepers. But amid a parade of characters dressed as Edgar Allan Poe, Lady Macbeth, and the Headless Horseman, Willow's body is suddenly tossed from the third-floor tower room and left to dangle at the end of a rope. Police come screaming in and Theodosia's boyfriend, Detective Pete Riley, is sent to Willow's apartment to investigate. But minutes later, he is shot and wounded by a shadowy intruder. Timothy begs Theodosia to investigate, and shaken by Riley's assault, she readily agrees. Now, she questions members of the Heritage Society and a man who claims the mansion is rightfully his, as well as Willow's book publisher and her fiancae, all while hosting a Sherlock Holmes tea and catering several others. But the Gray Ghost holds many secrets, as do several other key suspects, while this murder mystery plays out on the eve of Halloween"-- Provided by publisher.
Series: Tea shop mystery ; book 22
Subjects:
Browning, Theodosia (Fictitious character) -- Fiction.
Tearooms -- Fiction.
Murder -- Investigation -- Fiction.
Large type books.
Charleston (S.C.) -- Fiction. 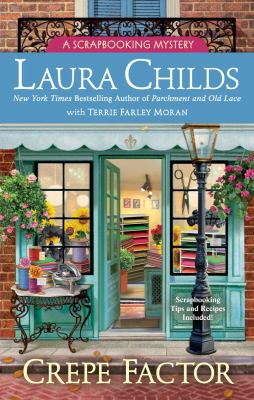 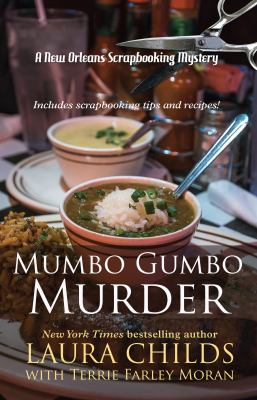 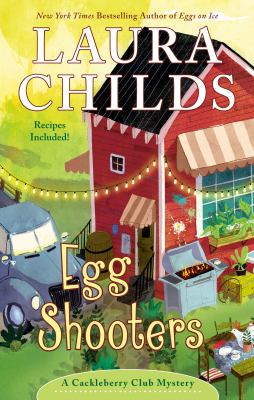 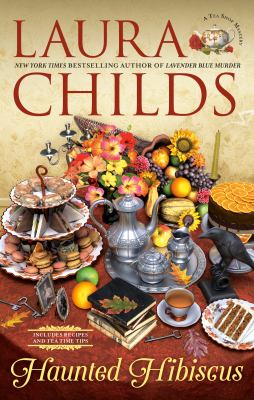